Torres to be arraigned Wednesday 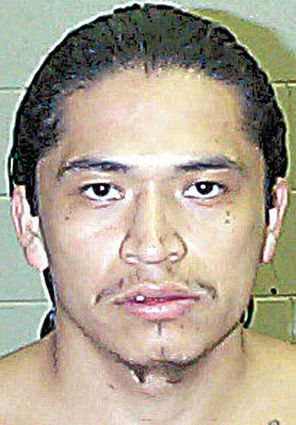 Accused child killer and former fugitive Noe Torres is due back in Clovis Wednesday to face murder charges.

District Attorney Matt Chandler said the U.S. Marshals Service returned Torres to New Mexico on Tuesday from Mexico City, where he was captured Jan. 25 after almost seven years on the run.

Torres, 32, is accused of being part of a gang that fired several bullets into a Clovis home in September 2005, resulting in the death of 10-year-old Carlos Perez. The target of the gang attack was allegedly the victim's brother, 17-year-old Ruben Perez.

Chandler said the marshals service handed over Torres to the district attorney's office and Curry County Sheriff's deputies at the federal courthouse in Albuquerque.

Torres was scheduled to be arraigned at 11:30 a.m. today (Wednesday) in Ninth Judicial District Court in Clovis on multiple felony charges, including first-degree murder, attempted murder and shooting at a dwelling. Chandler said after the hearing, Torres will be transferred to a state prison for safekeeping until his trial.

Torres is the fourth person to face trial for the killing of Carlos Perez. Demetrio Salas, Edward Salas and David Griego were each convicted in earlier trials and all but Salas are serving time in state prison.

Edward Salas escaped from Curry County jail in 2008 while awaiting transfer to state prison and remains at large.

Salas is on the U.S. Marshal's Top 15 Most Wanted list with a $25,000 reward to anyone supplying information leading to his capture.