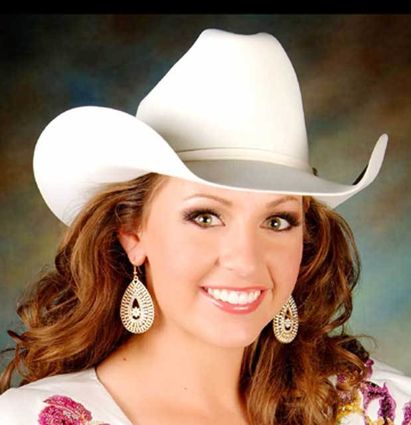 She was among nine contestants. Bailey, 25, who was crowned 2013 New Mexico State Fair queen Saturday at the state fair in Albuquerque, will serve as ambassador of the fair to the public.

Bailey spends her spare time singing gospel and country music, playing the guitar and leather tooling. Besides helping maintain her family's farm, ranch and trucking company she works as a Mary K consultant.

Here's what Bailey had to say about her honor:

What does this honor mean to you?

I've always been a huge promoter of agriculture in New Mexico. It means that I get to share my way of life, my western heritage, and I get to continue on the legacy and encourage others to support local agriculture in New Mexico. We have so much of it. Everything from our chiles to our dairies to our pecans to our beef cattle. We have a lot to offer.

How do you think this honor will benefit you personally and professionally?

What was the most difficult part of the competition?

It was very tough. Each one of the girls I competed against was very deserving. Each was well polished, well spoken, had an incredible personality. At times I was a little nervous. I was the oldest in the group so I felt they definitely expected more from me. The toughest part was the horsemanship. There were a lot of good riders there so I definitely had to be consistent with each of my riding patterns.

What was your favorite part of the competition?

What are your plans as New Mexico state fair queen?

I plan on trying to make a lot of the county fairs, anything that I'm invited to for sure. I plan to be involved in 4-H and Future Farmers of America activities. I would really like to be part of the queen clinics that go on throughout the state. It's just another way of encouraging girls to go through this process. It is a job. We learn interview skills, poise, how to relate to the public, public speaking, public appearances.