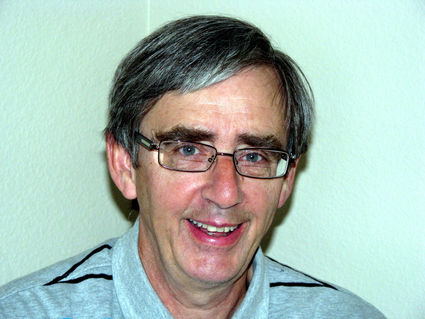 I have to wonder sometimes about the role of my media colleagues in the tragic police-involved events of the past several weeks.

We’re the ones who decide whether a story goes national. Any more, it seems formulaic: White cop vs. black suspect. Black suspect dies during or shortly after the altercation. National headlines. And there’s always a video segment that “proves” the police acted without provocation, even though these video clips never show what happened before the cell-phone camera started rolling.

I think it has a lot to do with where these incidents occur and where the media are.

Albuquerque, New Mexico’s largest city, has been having trouble with officer-involved shootings since at least 2010. There have been protests, but not glaring national headlines.

When Albuquerque Police officer Daniel Webster died at the hands of a non-white man named Davon Lyman, it did not make national headlines, at least not on the front page. It was, however, a case of confrontation between a white officer and a man of color.

Maybe it was because it happened in Albuquerque, whose existence many East Coast media representatives would have to confirm with an atlas. And maybe it was because New Mexicans have more common sense than to call a traffic stop to investigate an apparently stolen vehicle a racially charged incident.

Officer Webster was killed on Oct. 29, 2015, more than a year after the Michael Brown incident in Ferguson, Missouri, which caused riots and touched off the current string of national publicity every time a white cop / minority suspect situation gets ugly, at least in a city the media regards as major.

In the meantime, we’ve had screaming headlines about incidents in Baltimore, Baton Rouge, Louisiana, St. Paul, Minnesota, and the horrific, apparently “revenge” slaying of police officers in Dallas. The national coverage has been more provocative than informative.

Meanwhile in New Mexico, our largest city has been struggling quietly with a flurry of officer-involved shootings without fanfare and, thank goodness, without the glaring confusion of national media coverage.

Maybe we should be thankful.