The site will be used to expand programs, services. 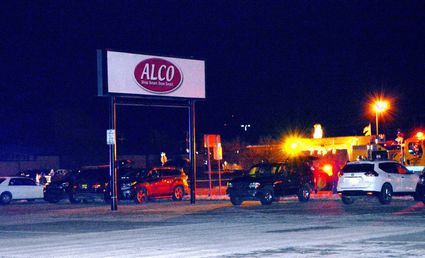 Tucumcari's annual holiday parade of lights flashes past the ALCO sign on Tucumcari Boulevard Saturday night as a reminder that the former store's property owner has made the store building a timely gift to Mesalands Community College.