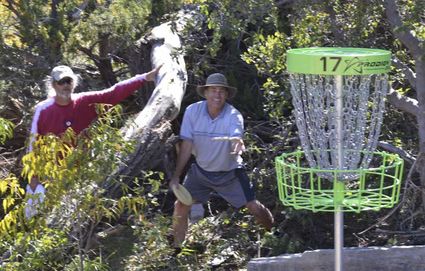 Greg Brooks of Big Springs, Texas, watches while Errol Peak of Albuquerque sends a shot to the basket of the 17th hole from a difficult spot. Brooks' disc landed near Peak's.

Six-Shooter Siding was a name assigned to a 19th Century railroad camp on the site...