Salem escaped from the car during a fuel stop in July. 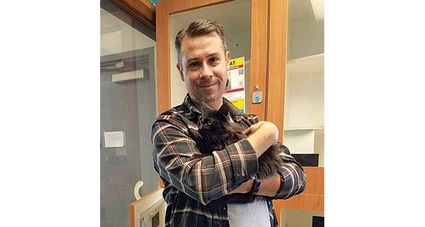 Wayland Labhart holds the family cat, Salem, after being reunited with the pet that had been missing for more than four months.

Against all odds, a family has been reunited with its cat after she was lost in Tucumcari in July during a move from Washington, D.C., to Arizona.

"It may be due to good fortune and the good nature of the residents of Tucumcari, but Salem is back...