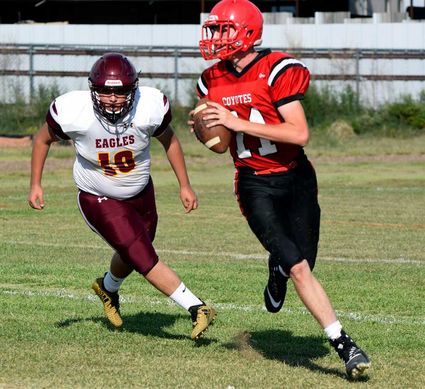 SAN JON - When Vaughn senior Morgan Berumen didn't pass over the San Jon/Grady defense, he ran around or through it during a 61-21 victory Friday over the hosting Coyotes during the season-opener in six-man football.