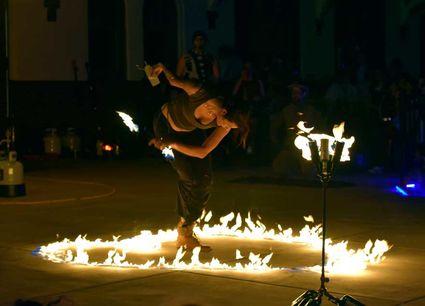 A performer with Odd-Lab of El Paso, Texas, shows off her fire-choreography skills during a show Saturday night at the old railroad depot during the Fired Up festival in downtown Tucumcari.

Despite incomplete data, the Fired Up festival Saturday in downtown Tucumcari surpassed its goal of 4,000 people attending.

Tucumcari MainStreet executive director Gail Houser said the official total stood at a record 4,024 on Monday, despite one...