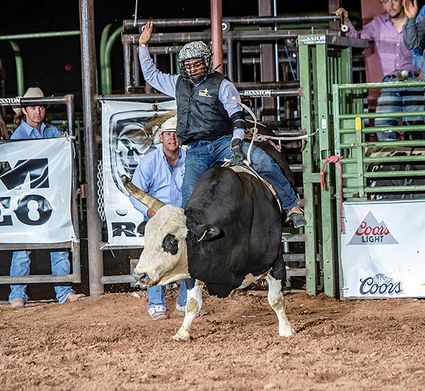 "The students have been competing much better," Mesalands coach Matt Hughes said. "I think they are really starting to get more comfortable, and our next rodeo is going to be at our own practice arena. I look for us to win our rodeo. It will be awfully exciting to watch."

At the New Mexico State University rodeo, the men's and women's team each finished fourth.

For the Mesalands women's team, Rebecca Darrup of Mifflinburg, Pennsylvania, finished eighth in goat tying with a time of 7.9 seconds.

Yazzie won the title in team roping with a time of 16.5 seconds. Yazzie also placed sixth in steer wrestling and was third in the Men's All-Around.

For the women's team, Delaney Gonzales of Grants, New Mexico, finished in second in the goat tying and was crowned reserve champion at the rodeo. She had a time of 18.8 seconds.

Darrup was ninth in barrel racing. Kash Pablo of Crownpoint, New Mexico, was ninth in the breakaway roping event.