Today our eyes focus on a hero

When the United States entered the Great War against Germany in April 1917, Tucumcari’s Isaac Kirkpatrick was attending law school at Valparaiso, Indiana.

He withdrew from school immediately and went to Chicago to enlist in the military.

The Army wouldn’t take him at first. “On account of his eyes he was turned down,” the Tucumcari Daily News reported.

But Kirkpatrick persisted and “tried at another place,” to enlist. Again, he was turned away. “He had been using his eyes too much at studies and could not get by,” the paper reported.

It’s not clear from those century-old newspaper clippings whether Kirkpatrick needed glasses to meet Army standards or if he suffered from a temporary vision issue. It is clear he was determined to overcome the problem and fight for his country.

“He came home, giving up school work, and began treating his eyes. A few months later he went to El Paso and had no trouble passing the examination,” the paper reported.

Just a few months after that, Kirkpatrick had become a sergeant in the Army. He was initially stationed near Atlanta and we know he was home about Valentine’s Day in 1918. That’s because a Center Street Methodist Church bulletin reported that “Sergt. Isaac R. Kirkpatrick will tell some interesting things of army life Sunday night.”

His life became far more interesting late that summer. He was a lieutenant when he wrote to his mother that he was preparing to sail for France.

“I have had my wish granted,” the letter read. “(W)e will go across soon. (I) have been ordered to buy my overseas outfit.”

On Nov. 11, 1918, Tucumcari and the rest of the world received the news that the war was over. His parents, Mr. and Mrs. W. L. Kirkpatrick, along with his brother Jack, began planning for their son’s return home.

He never made it.

Around Christmas that year, the Kirkpatricks received news that Isaac had been killed in an automobile accident on a foggy afternoon. He’d died on Nov. 10, 1918, just a few hours before the war’s official end.

An Army chaplain, Otto Ellefson, provided details of the lieutenant’s death in April of 1919. He was a passenger in a car that reportedly had to swerve to avoid “hitting a woman and three children,” the chaplain wrote. The Dodge touring car hit a tree.

The car’s driver was injured, but he recovered. Kirkpatrick “was taken to the American Hospital at (Rimaucourt, France) having never regained consciousness and passed in to the Great Beyond in a few hours,” the chaplain wrote.

About 500 New Mexico men, including dozens from this part of the state, were killed in World War I. More than 115,000 Americans died in our first “war to end all wars.”

In Ellefson’s letter, he told of a cold, rainy night when Kirkpatrick woke up around midnight and thought to check on his men in their tents, ensuring they all had dry blankets.

“Deeds like this can only have one result, to cause men to love and respect him,” the chaplain wrote.

There was one other story from France.

Lt. John O’Neill wrote a letter that found its way to Tucumcari. In it, O’Neill said the men in Kirkpatrick’s outfit at one point found themselves temporary guardians for an orphaned child. Unsure of the boy’s name, they decided to call him Isaac. That was because, “No officer stood higher in the esteem of his fellow officers,” O’Neill wrote.

David Stevens is editor for Clovis Media Inc. Contact him at: 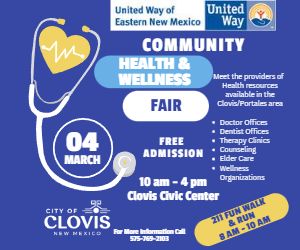