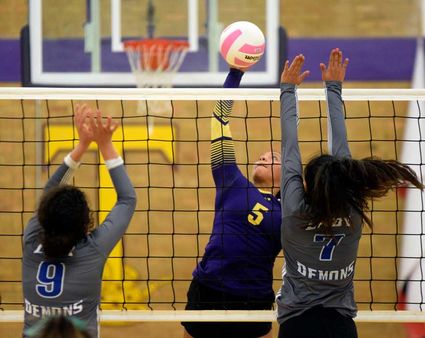 Tucumcari's Aaliyah Brown attempts a spike against the defense of Dexter's Alondra Alvarez, left, and Monique Fuentez during a district tournament volleyball match Thursday at the Snake Pit in Tucumcari.

Tucumcari coach Dena Benavidez said the Wildcats, which improved to 19...