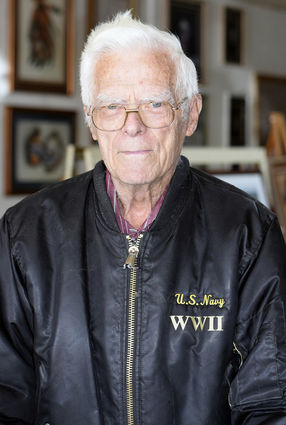 Though sailor Edward Yost and his ship, the USS Kaskaskia, technically were stationed in Pearl Harbor, he and the vessel weren't there when Japanese planes attacked the port Dec. 7, 1941, throwing the United States into World War II.