Coach inducted into Hall of Fame 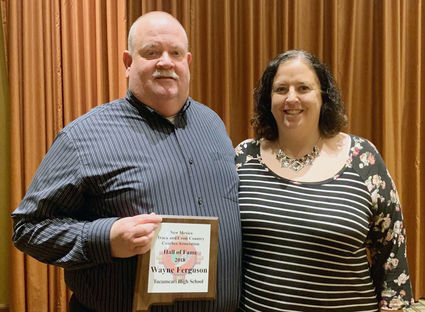 Ferguson, who also is Tucumcari's football coach and athletic director, was honored during a ceremony in A...