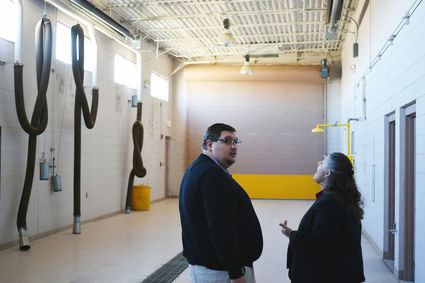 The college took possession of the Guard's closed armory at 1200 S. 11th St. in Tucumcari during a divestment ceremony Friday afte...