Official: MainStreet going on as planned 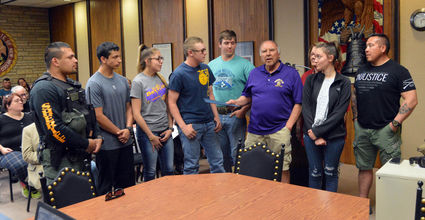 Tucumcari High School wresting coach Eddie Encinias praises the work of his team after it received a proclamation from the Tucumcari City Commission recognizing their state- and district-level achievements in 2019 competition.