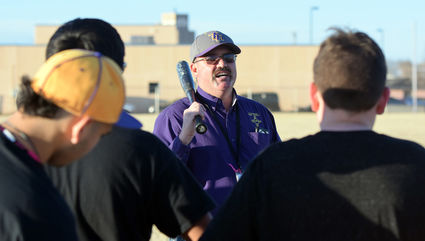 Tucumcari baseball coach Dwayne Roberts talks to his team during a preseason workout in March. Robert recently announced he is leaving to take the head-coaching position of Logan's eight-man football program.