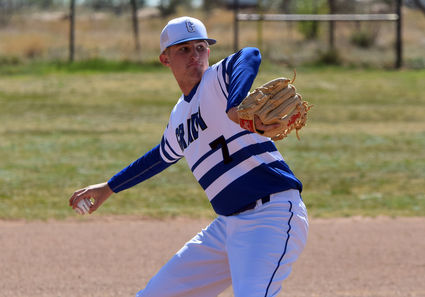 Grady/San Jon pitcher Chisum Rush winds up for a pitch during a game against Logan in April. Rush was named to the all-district and all-state teams.

The Grady/San Jon baseball team had just one player make the all-district team in Distirct 2-1A, but he wound up also making the all-state squad.