One year on the job 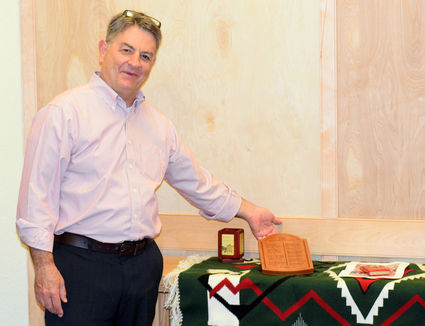 John Groesbeck, president of Mesalands Community College, holds up a wood carving of the Ten Commandments that sits next to a book of Mao Zedong quotations in his office. Groesbeck, who just completed his first year in the college's presidency, said the two seemingly incongruous things reflect his "diverse interests."

John Groesbeck last Tuesday marked his one-year anniversary as president of Mesalands Community College. He did nothing special to mark the occasion.

Groesbeck, interviewed Thursday in a conference room next to his campus office, said he took a me...