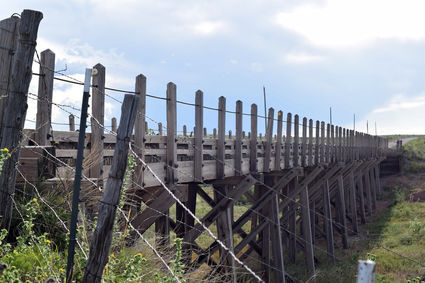 The Old Route 66 bridge over Trujillo Creek between San Jon and Endee is shown Thursday afternoon. Quay County recently received a grant of more than $3 million to build a new low-water bridge to bypass the narrow 1931 span.

Quay County entities were awarded Thursday with a total of $3.67 million in state grants for three projects, including for a new bridge on Old Route 66 between San Jon and Endee.

The county received $3,081,465 from the Local Government Transportat...