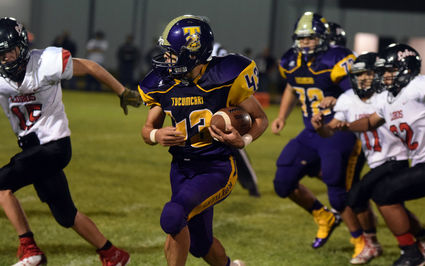 Tucumcari running back Robbie Hartmann works his way through Escalante's defense during the second half of Friday's game at Rattler Field.

Worse yet for the Rattlers, coach Wayne Ferguson's...