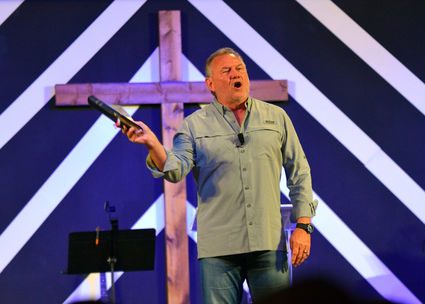 Former NFL tight end Mike Barber, now a prison minister, holds up a Bible and speaks from the stage Sept. 3 of Father's Forge church in Tucumcari.

Shortly after All-American tight end Mike Barber was drafted by the Houston Oilers, coach Bum Phillips told him he'd have to study and know the team's playbook because talent alone wasn't enough to stay in the NFL.