Record crowds at Fired Up 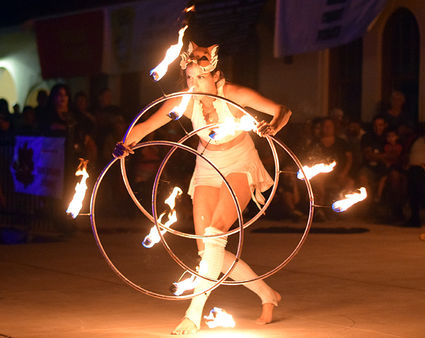 A performer with the Odd Lab group does a routine with fire-tinged rings during a show Saturday night at the Fired Up festival in downtown Tucumcari.

The ninth annual Fired Up festival in downtown Tucumcari on Saturday drew a record crowd of 4,271, according to an official count kept by the organizer, Tucumcari MainStreet.