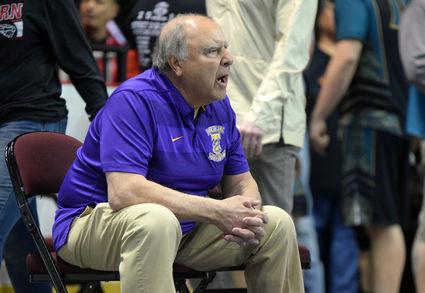 Tucumcari wrestling coach Eddie Encinias yells instructions to one of his athletes during the state tournament February at the Santa Ana Star Center in Rio Rancho. Entering his 19th year of leading the program, Encinias over the weekend was inducted into the New Mexico Wrestling Hall of Fame.