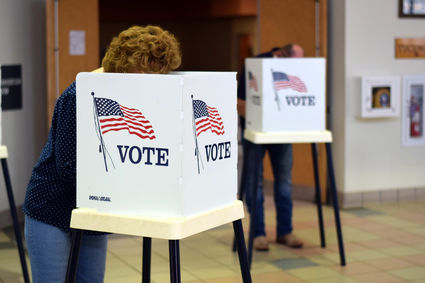 One incumbent each in the Tucumcari City Commission and Tucumcari school board went down in defeat during nonpartisan elections Tuesday in Quay County.

Two House school board incumbents were leading close races. Their victories are likely but won't be final until provisional ballots are tallied next week during a canvass of election results at a special county commission meeting.

In District 2 for the city of Tucumcari, challenger Paul Villaneuva downed incumbent Amy Gutierrez by more than a 2-to-1 margin, 99 votes to 44.

"I'm just happy the voters in District 2 took my side," Villanueva said in the Quay County Courthouse shortly after results were announced.

When asked why he won, he said: "My mother's in heaven, and I think she sent me a prayer."

Gutierrez was not at the courthouse and was not immediately available for comment.

"It's a big relief; I'm glad it's over," Lopez said in the courthouse. "I'm looking forward to putting the work in and serve the people of District 2 ... not only District 2, but the people of the Tucumcari Public Schools district."

Lopez attributed his victory to getting out and talking to voters.

"I introduced myself, letting people know what I'm doing, listen to their ideas and the concerns that they have and letting them know I'm just a phone call away if I'm needed," he said.

Ureste was not at the courthouse and not immediately available for comment.

Quay County Clerk Ellen White said at least two provisional ballots were cast in the House races and an unknown number in Roosevelt County. Those provisional votes won't be added until next week's canvass.

In Logan school board races, Kene Terry prevailed in a three-way race in Position 3 with 171 votes, while Bryan Roach had 92 and Susan Acosta 64. In Position 1, Kyle Don Perez won another three-way race with 167 votes, compared to Toby Jon Willis' 91 and Edward Johnson's 67. Those included votes from neighboring Harding County.

White said voter turnout in Quay County was 20.5% in the first year of state-mandated consolidated elections, which is higher rate than previous municipal elections.

"We were super-busy throughout the day," she said. "We didn't have any problems voter-wise, machine-wise or internet-wise. Our municipal clerks say their totals usually ran 10 to 15%. Typically, our school board (elections) can be from 5 to 15%. With the elections being all combined and turnout at 20%, I feel really good about the fact we consolidated all of them. More people knew there was an election going on, and more candidates ran, too."

More details about the election will be in next week's newspaper.