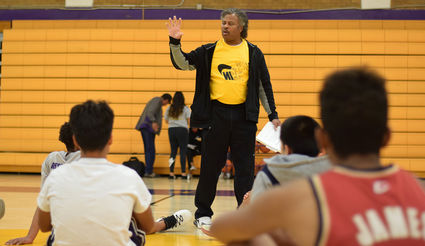 Tucumcari boys basketball coach John Span talks to his players during the first official day of practice last week. The Rattlers' first home game is against Mora on Dec. 10.