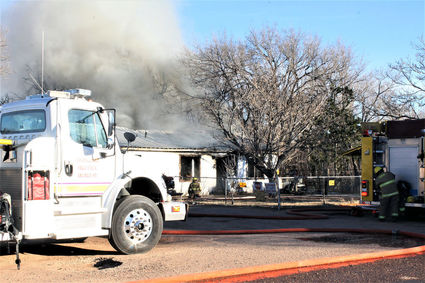 Firefighters battle a blaze at a house at 1910 S. Rock Island Street in Tucumcari on Friday afternoon. At least one person was confirmed dead in the fire.

A house fire Friday claimed the lives of a Tucumcari couple that was supposed to move their son’s home in Clovis later this month.