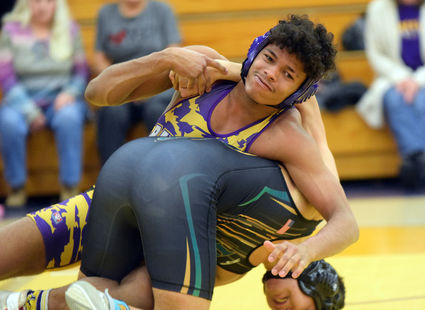 West Las Vegas and Robertson dashed the Tucumcari wrestling team's hopes for a district team title Saturday by defeating the Rattlers 60-18 and 44-33 respectively at the Snake Pit.

Tucumcari, which fell to 13-7 in dual meets this season, fell behi...