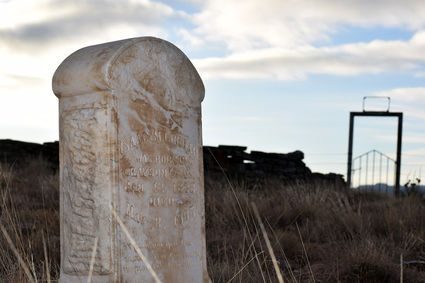 Isaac Greear's 1905 grave at Boot Hill Cemetery south of Bard remains one of the few marked there, though two other people have been interred there in recent decades.

BARD - Cemeteries named Boot Hill conjure up an indelible image of the Old West, where gun-toting cowboys too slow on the draw wound up buried "with their boots on," hence their name.

Quay County contained not just one, but two, cemeteries actuall...