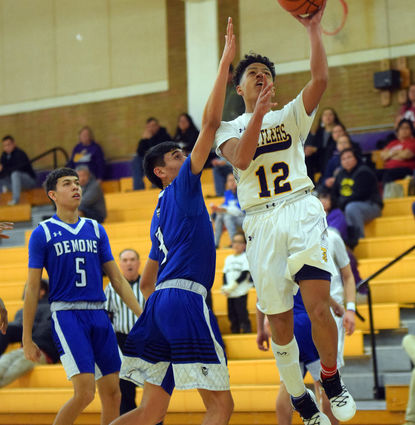 Tucumcari's Dominick Jasper soars to the hoop while being defended by Dexter's Jorge Carrasco, left, and Nicky Ramirez during a Class 3A-4 district tournament game Feb. 24 at the Snake Pit.

The Tucumcari boys basketball team ended its season in the semifinals Thursday of the District 4-3A tournament with a 63-54 loss at New Mexico Military Institute.

The Rattlers (9-16) gave up 10 unanswered points early in the first quarter and stru...