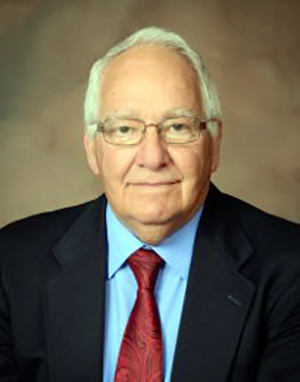 Craig Currell, a member of the Mesalands Community College board of trustees and a former operator of Currell Lumber Co. that constructed numerous buildings in Tucumcari, died Saturday after an extended illness. He was 76.

Currell had been re-elected in November to a six-year term on the board of trustees but had missed its last few meetings because of his illness. He also served on the college's foundation as vice chairman.

He also was director of the Mesalands Dinosaur Museum until his retirement there in 2011.

Josh McVey, Mesalands director of public relations, "with deep sadness and a very heavy heart" issued a statement on behalf of the college Sunday night about Currell's death.

"Craig's role at the college included mentor and friend," he wrote.

McVey said Currell helped oversee the creation and development of the dinosaur museum.

"Under Craig's direction and expertise, the building was transformed from Surplus City into the curated monument seen today," he stated. "A fundraising campaign, Dimes for Dinosaurs, lasting over three years, secured $1.2 million to accomplish the vision of the Dinosaur Museum and Natural Science Laboratory.

"Craig had a passion and love for the museum. That passion can be seen in the exceptional exhibits and premier facility housing the ancient history of Tucumcari. Monthly visitors to the museum are in the thousands. Craig Currell gave a unique gift to students and families from around the world."

McVey said everyone who met Currell "was better for it."

"He was a man of deep character and faithful friendship, a leader with vision and the skills to accomplish anything. Due to the life and practice of Craig Currell, our students will pass these halls and a child may see a dinosaur bone for the first time."

Currell's father and mother, Forrest and Ruby, arrived in Tucumcari in 1939 and set up their lumber, block-making and construction company there.

Craig was born in a Tucumcari hospital on Sept. 7, 1943, where Dunn Park is now. Currell had two other brothers, Joel and Dennis; both are deceased.

The company, where Burns Lumber and Hardware is on Route 66, was sold during the mid-1990s.

"He was very easy-going, always had a smile," she said during a telephone interview Sunday. "He was very friendly, very smart. He was one of those who liked to take care of people, make them feel good.

"Even though I didn't see him all the time, I'm really going to miss him. So many people anymore as such bums. But he was always pleasant. I know he's in a good place now."