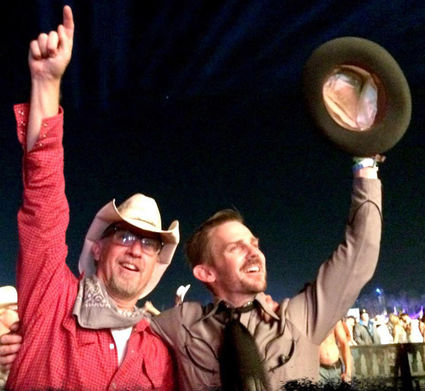 The Pasadena Playboys, consisting of Jake Kelly (left) and Kelly Kidd, will be performing twice in Tucumcari motels next month during their American Motel Tour.

The Pasadena Playboys will be making two stops in Tucumcari, including at the Motel Safari on Saturday night, during their "American Motel Tour."

The California retro-country duo will perform at 7 p.m. Saturday at the Motel Safari via livestream o...