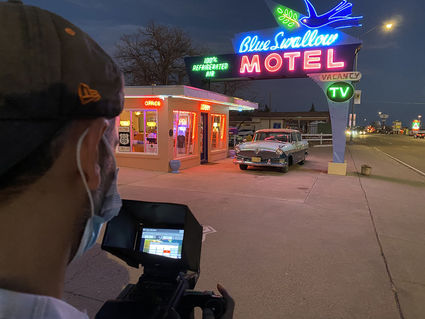 Tyson Chavez of Elkhorn Entertainment takes promotional footage of Tucumcari's Blue Swallow Motel on Nov. 18 for the upcoming "Bands of Enchantment" music show that's expected to begin production next month. The Tucumcari City Commission on Thursday approved an agreement with the company to give $60,000 to cover some of the show's production costs.

The Tucumcari City commission on Thursday approved an agreement with organizers of the proposed "Bands of Enchantment" television series through which the city will support production of the series' first four episodes in three payments totaling $...