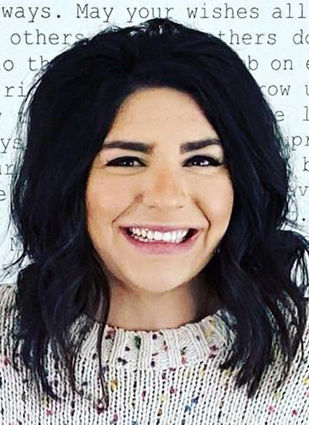 Dominique "Nikki" Murray's first official day at the post was Jan. 4. She will replace Carmen Runyan, who announced last month her last day there would be Jan. 15 after a little less than three years at the helm.

Murray, who graduated from Tucumcari High School in 2011, went to Eastern New Mexico University for a year before marrying her husband, Zachary. They farm 1,200 acres east of Tucumcari and have two children.

Murray said her four years at Presbyterian Medical Services as a receptionist and medical assistant proved valuable for winning the chamber job.

"I got to know many of the community members while working there and built a good relationship with the majority of them," she said. "It was a great experience."

She left that position after her children were born. Once they were older, she said she was ready to go back to work.

She noticed the job opening at the chamber last month.

"I was really intrigued when I read the job description. I thought I would really enjoy that, and I applied," Murray said. "I thought the chamber would be a great place to continue those relationships with the people I met at Presbyterian."

Murray also once owned the now-defunct Farmhouse Boutique in Tucumcari. She noted that experience also could assist her in promoting other area businesses, which is especially important because of the hardships caused by the COVID-19 pandemic.

Lee Judd, president of the chamber's board of directors, said Murray prevailed over four other candidates for the position.

"We're super-excited to have her on board, and we look forward to the future with her," he said.