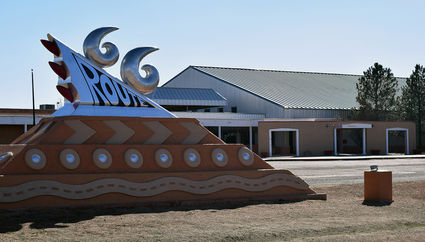 The Route 66 monument stands in front of the Tucumcari Convention Center on Thursday afternoon. Tucumcari's city manager said he was exploring the idea of having an outside manager book events at the venue and maintain it.

Tucumcari's city manager said he is exploring the idea of hiring an outside manager for the Tucumcari Convention Center to draw more events there and lower costs for the city.