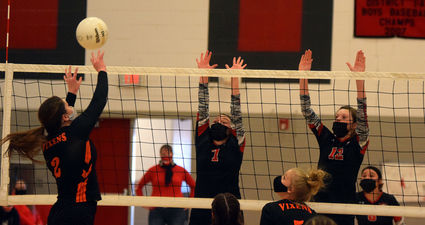 SAN JON - Fort Sumner's volleyball squad made sure Thursday that San Jon remained in the bottom of the district standings, but both teams' records are deceiving.