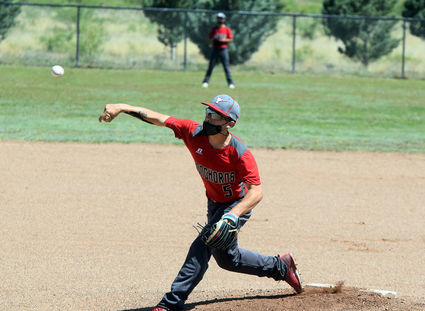 Logan's Gabe Milakovich throws a pitch early in the first game Friday against Cimarron. Milakovich scattered four hits and struck out nine in four innings during a 17-0 win at Logan.

LOGAN - The Longhorns baseball team ran its record to 10-0 after a doubleheader sweep Friday against Cimarron.

Aided by the strong pitching of starter Gabe Milakovich and reliever Kaeden Stoner, Logan breezed to a 17-0 victory in the first game. L...