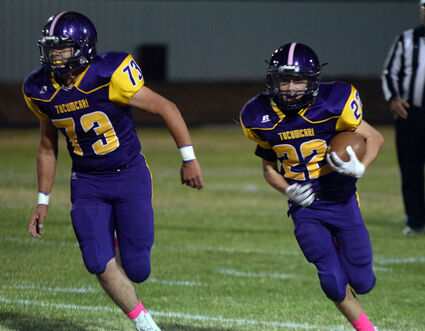 Tucumcari ball carrier Daymion Urioste heads upfield on a sweep while being escorted lineman Reyes Garcia during a district game Friday against Dexter.

This is the kind of game it was for Dexter. Even during a busted play, the Demons scored a touchdown after officials failed to notice an on-field infraction that was part of it.