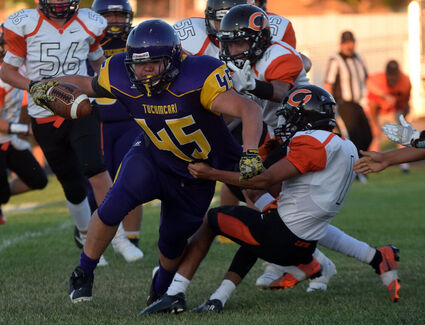 Khobie Salvador runs strains for extra yardage during an early season game at Rattler Stadium. Salvador, a senior, was named to the all-district first team as an offensive and defensive tackle.

Khobie Salvador, a senior offensive and defense tackle, was the lone Tucumcari Rattler named to the first team of the Class 3A-4 football selections this week.