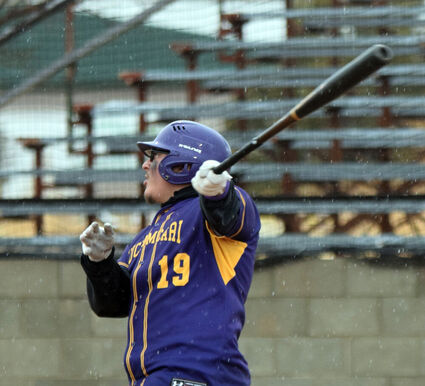 Tucumcari's Johnathan Blea hits a two-run triple in the pouring rain during the first game of a home-opening doubleheader Thursday against Mora. The game later was suspended due to weather.

Umpires on Thursday suspended Tucumcari baseball's home-opening doubleheader against Mora after one inning due to persistent rain.

The games will be resumed at a later date, with the score tied 3-3 after one inning in the opener.