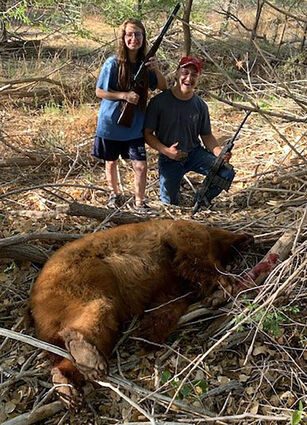 Sherra Swapp and Ram Miller pose with a large black bear they killed after it marauded through Andrew Swapp's property and chicken coop on June 18.

New Mexico Game & Fish earlier in June warned that bears might roam from the woodlands in the northern part of the state due to drought.

About that time, that apparently happened just west of Tucumcari.

A rural Tucumcari man's daughter and her...