Logan school board member steps down 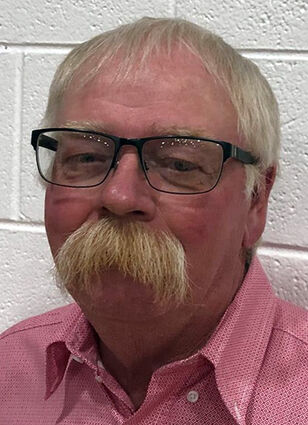 The Logan school board last week approved a process to find a replacement for member Scott Osborn, who resigned from his position after nearly a decade.

The board will solicit applications for the vacancy through Sept. 29, then will hold a special meeting Oct. 3 to review them. A replacement may be chosen during that special meeting or during the board's regular meeting on Oct. 10.

Osborn submitted in his formal resignation letter on Sept. 12.

"I make the announcement with a heavy heart, as I have sincerely enjoyed serving the students and faculty of this great district for the past 9 years," he wrote. "I wish you all the best!"

Osborn's letter didn't state a reason for his resignation, but superintendent Dennis Roch stated in an email to the Quay County Sun that Osborn and his wife are relocating to Dalhart, Texas.

"He was a tremendous asset to the board and to the school, given his expertise on propane and his passion for student activities (especially athletics and FFA)," Roch wrote.

Osborn signaled during the meeting he would support an unidentified candidate from a previous board election who "has been coming to school board meetings, seems interested in the school board, and I'm going to drop it at that."

Osborn's replacement would serve through the next board election in November 2023, which would decide who would fill the remaining two years of Osborn's term.

Osborn, who was unopposed, was re-elected for a four-year term to his Position 4 in November 2021.

Among other action items during the meeting:

• The board voted to accept a Public Schools Facilities Authority award, which typically is $100,000 each to New Mexico school districts. Roch said the district will use its $100,000 to help defray the cost of resurfacing the track that is underway.

• The board approved a calendar revision to replace a previously scheduled half day of school on Sept. 20 with a half-day for staff training, plus parent-teacher conferences that afternoon.