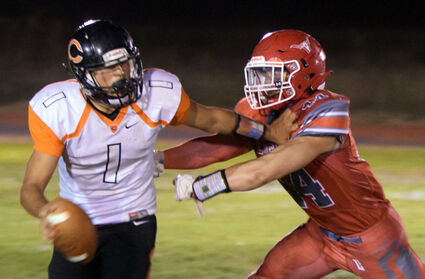 Senior offensive lineman Park Strong made the first team in two spots - as a lineman on offense...