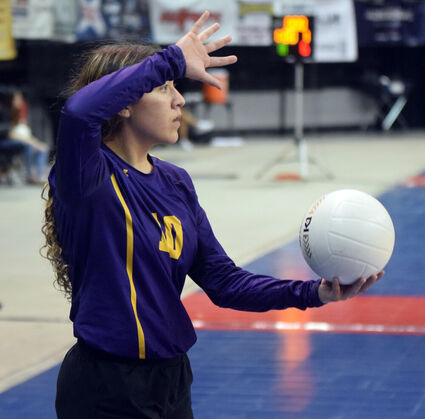 Caylee Benavidez prepares to serve during the Class 3A tournament at Rio Rancho. Benavidez earned all-state honors as a setter.

Benavidez, a varsity starter since her freshman year, led the Lady Rattlers with 523 assists and 255 kills and was second on the squad with 348 serve receptions.

Tucumcari sported a 16-9 record - its best in at least 15 years - and earned its second straight berth to the Class 3A playoffs.