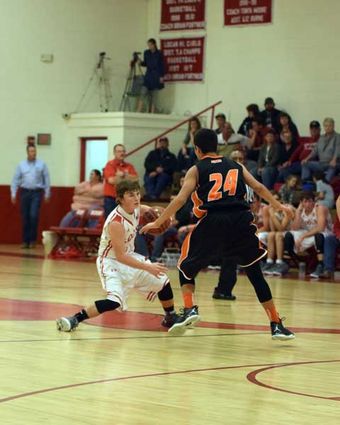 The Tucumcari Rattlers wrestling team will play host to 18 teams Saturday during their annual Rattler Invite tournament at the Snake Pit.

“These guys are showing a lot of promise, I know I say that every year but we’ve got a great group of young men,” said Rattlers head coach Eddie Encinias.

Encinias said this year’s tournament will feature athletes from Texas high school powerhouses, including Tascosa, Caprock, Dumas, Hereford and Pampa. He said there will be several strong high school teams from across the state in attendance, including Saint Michael’s, Robertson and Taos.

“I think our tournament is the third-toughest tournament in the state,” Encinias said. “It’s well-attended every year and you can count on some great matches.”

Encinias said the tournament succeed each year largely in part to the volunteers working the event and the parents and families of the Rattler wrestlers.

“I truly cannot say enough about how appreciative we are for the support the community gives to the program,” Encinias said.

Encinias said the Rattlers competed on Thursday at the Boy’s Ranch Tri-Meet. He said they competed against both Boy’s Ranch and Bushland high schools.

On Dec. 4, the Rattlers placed third in the Randall High School wrestling duals tournament in Amarillo.

“This is a young team and they are showing fire and spirit early in the season,” Encinias said.

The Tucumcari Rattlers, (2-3), will play against the Dexter Demons at 7 p.m.,. Thursday at the Snake Pit. The Rattlers played against Portales on Tuesday. The score was not available at the time of publication.

The Tucumcari Lady Rattlers (3-2) will play against the Dexter Lady Demons at 6 p.m., Thursday at the Snake Pit.