Not so random acts 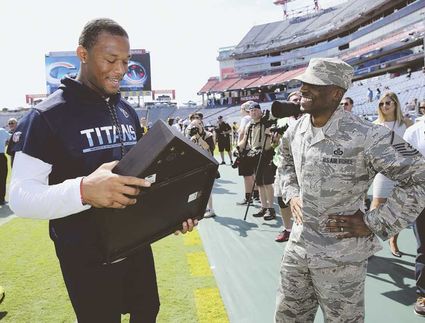 Tennessee Titans wide receiver Rishard Matthews, left, is presented a flag by Air Force Master Sgt. Trae Clark prior to the Titans' preseason game against the Chicago Bears in Nashville.

CLOVIS - Trae Clark believes in random acts, and he does them whenever he can. But he thinks the act he just finished Sunday wasn't random at all.

The intricate series of events that put a jersey in his hands and Air Force-flown flags in two other...