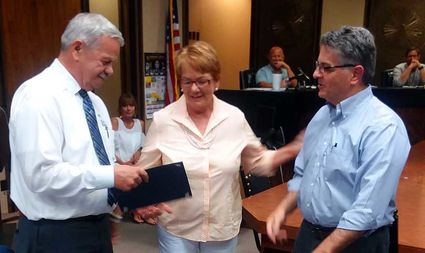 A single rose in a vase marked the place where the mayor pro tem, Tucumcari District 4 Commissioner Robert Lumpkin, would have sat at Thursday's city commission meeting.

Lumpkin passed away on July 17, and the commission spent some time to honor L...