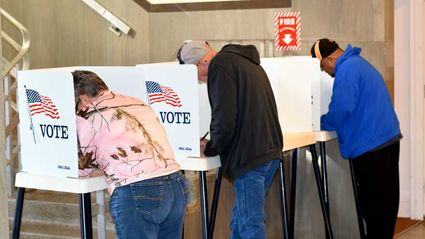 Voters cast their ballot Saturday morning outside the Quay County Clerk's office during the last day of early voting in New Mexico.

That old saying about allegedly corrupt Chicago politics also applies in a more benign way to New Mexico - the state's early voting numbers broke a record this election with several days to spare.

According to a news rel...