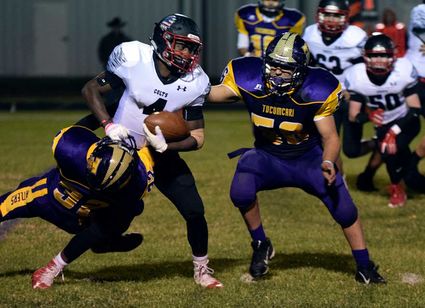 Four turnovers wrecked whatever chances for victory Tucumcari had against New Mexico Military Institute during a 43-14 district loss Friday in the host team's season finale at Rattler Stadium.