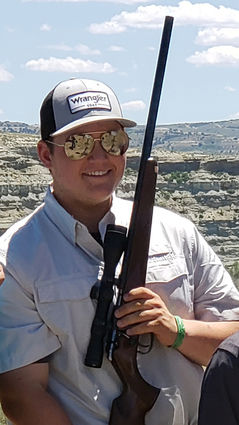 Bruhn, who will be a senior this fall, scored 95 of 100 points in the trapshooting competition Thursday and secured his ninth-place finish by scoring 10-of-10 in the tiebreaker.

Van Dalton of Utah scored a 99 in the preliminary rounds and tallied consecutive perfect-10s in two tiebreakers to win the national title.

The National High School Finals Rodeo, described as the world's largest rodeo, featured more than 1,600 athletes from 43 states, Canada, Australia and Mexico. They competed for more than $150,000 in prizes and more than $375,000 in scholarships.