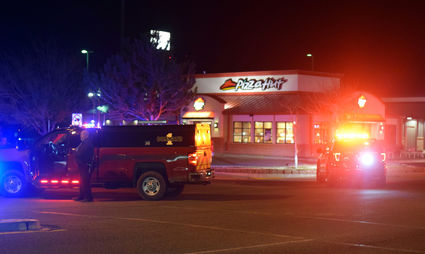 Police and emergency vehicles block the northbound lanes of Tucumcari's First Street in front of the Pizza Hut after the report of a shooting Friday night.

Police cars and ambulances swarmed to the Pizza Hut in Tucumcari after a shooting there Friday night that left two Tucumcari men dead in an apparent murder-suicide.